His affliction, she says, is more profound -- it's not a problem of the eyes, but of the mind's eye.

People rely so much on vision that it is not surprising that the human brain is designed to maximize the ability to glean visual information and integrate it with our other senses and knowledge.

The imagery that appears so effortlessly, whether created by processing raw visual data from the eyes or by recollecting visual data from memory, is the result of a complex process that involves several areas of the brain working in concert.

"It's a really nicely designed system," said Behrmann, who specializes in the study of how mental imagery is created. Because people must function in three dimensions, the brain must know not only the shape and identity of an object but also where it is. These functions are handled in separate parts of the brain.

A fairly common condition and problem in stroke patients, particularly for those whose strokes involve the middle cerebral artery on the right side of the brain.

As miserable as the condition where one can't read, can't drive a car, and leaves food on the left side of his plate uneaten.

Based on information from previous patients with unilateral neglect, Behrmann and her husband, Carnegie Mellon computer scientist David Plaut, constructed the first computer model of hemispatial neglect last year. The idea is that the mathematical model will help them systematically study the full range of behavior associated with neglect, rather than simply the ones seen in particular patients.

From speech to sight

Behrmann, 43, didn't set out to be a neuroscientist. A native of Johannesburg, South Africa, she was trained at the University of Witwatersrand as a speech pathologist. But as she worked with patients, including many who had suffered strokes or other brain injuries, she grew frustrated.

"The treatment techniques were clinically helpful," she said. "But our basic understanding of the brain-behavior relationship was lacking." She sensed that she and her colleagues could do more if they knew more.

In 1984, she won a scholarship to study in London, beginning a transition from problems of speech to problems of imagery. Visual deficits, she noted, can have devastating effects.

"A literate society renders a person who cannot read incompetent," she explained. The inability to see and to read is generally a bigger burden on patients than problems with spoken interaction.

For someone interested in figuring out how brain processes work, visual systems also are easier to study, Behrmann acknowledged. For instance, animals can be used to study vision, but not language. And, though much is poorly understood, "so much more is known about the anatomy and function of the visual system," she said.

At the University of Toronto, where Behrmann worked on her doctorate in psychology in the late 1980s and early '90s, she and a faculty member, Morris Moscovitch, studied a young man who had suffered a head injury in a car accident. Damage to his temporal lobe, the part of the brain responsible for object recognition, left him with a condition called agnosia, sort of the flip side to the hemispatial neglect suffered by Fasnacht.

The agnosic patient had no trouble producing normal mental images of objects and was able to make detailed drawings of objects.

But he had no idea what the objects were -- even the ones he drew.

Since arriving in Pittsburgh in 1993, Behrmann has focused much of her attention on the problems of unilaterial neglect, often working in concert with local physicians, such as Dr. Gary Goldberg, director of brain injury and rehabilitation at the UPMC Rehabilitation Institute.

Neglect is a fairly common problem in a stroke population, Goldberg said, and often is noticed when a patient is unresponsive to things on one side -- usually the left. In humans, the left side of the brain is dominant in language tasks, while the right side dominates in spatial tasks. So damage to the parietal lobe on the right side has devastating effects on spatial abilities.

Many neglect patients fail to dress or wash themselves on the left side, don't eat things on the left side of their plates, and sometimes don't even respond to someone on the left. Wheelchair users might continually bump into objects on that side as they travel down a hallway.

"In the most severe form," he added, "they may not recognize their own hand. ... I've had patients who cannot even turn their heads to the left."

Though visual problems are often the most apparent, the spatial defect also affects other senses, Behrmann said. Patients may not respond to noises on the neglected side, and their sense of touch can be affected. If the right hand is placed palm down, for instance, the patient may have difficulty feeling with his thumb, located on the left side of his hand. If the right hand is flipped palm up, the numbness can affect the little finger.

"Space is kind of the fabric that organizes what we 'know,'" Plaut said. 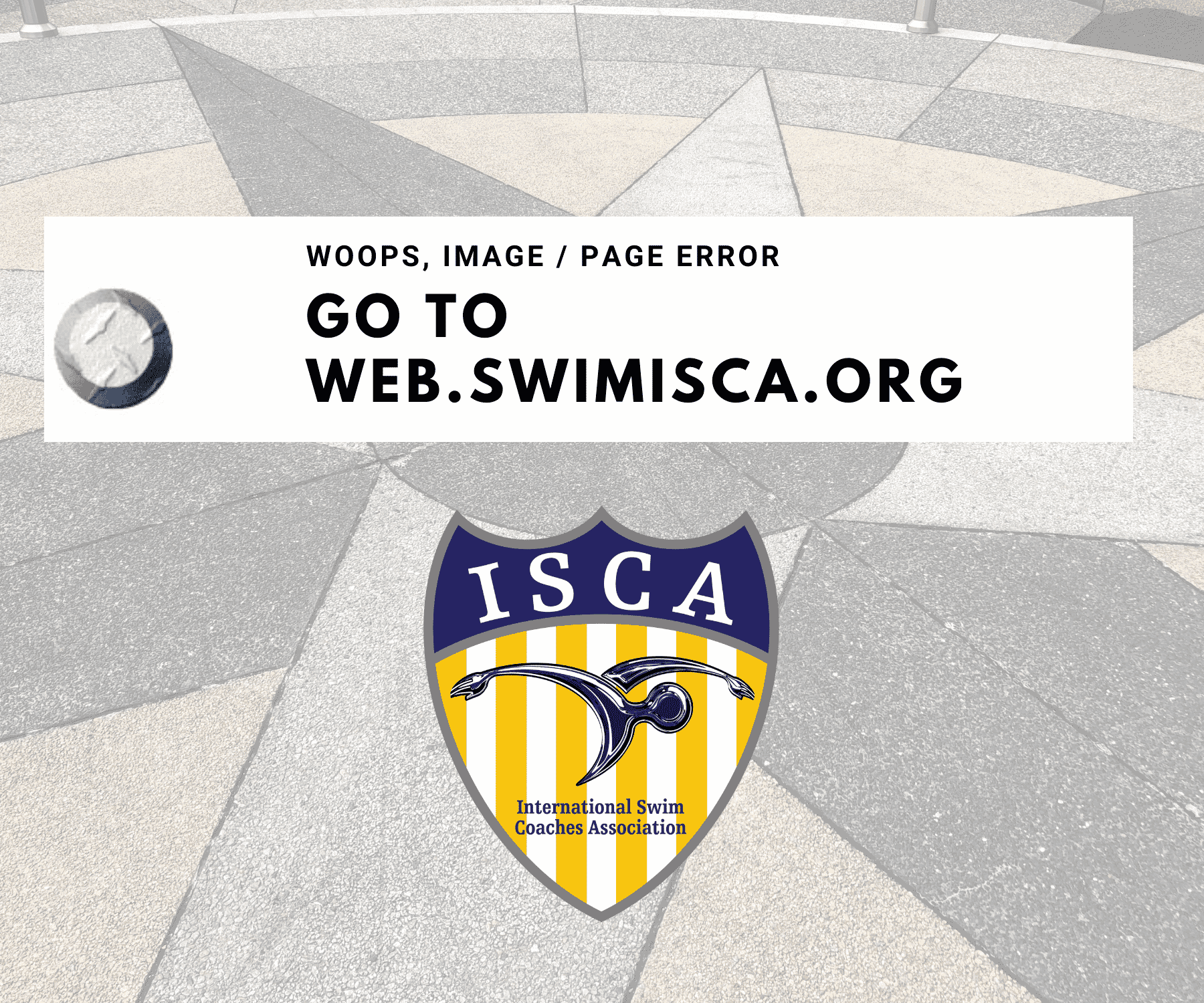 Bill Fasnacht, seated in the family room of the house he built south of Hickory, is trying his hand at drawing. He's always had a knack for this sort of thing -- his sister is a commercial artist -- and his attention to detail is obvious as, at Behrmann's request, he draws a daisy.

For most people, a few loops of the pencil would suffice to depict a daisy's petals. Fasnacht, however, takes the time to sketch realistically contoured petals. But after he completes three petals on the right side of the flower and draws a stem to connect it to a lopsided pot, he stops. Finished.

When Behrmann asks him to copy a picture of daisy, the result is the same. It's a brilliant spring morning, but these daisies look like they've been hit by a hurricane, with only a few remaining petals hanging to the right.

"It's almost like his compass has swiveled," she said.

His daughter, Colleen Allison, said it was worse immediately after the stroke.

"If I stood on the left side of his bed, he didn't have a clue I was there," Allison said. For six months after the stroke, she recalled, his head was always turned to the right and, even when he tried, he couldn't straighten it.

The stroke had other effects -- his left leg and arm are weak. Following physical therapy, he was able to walk with a cane a limited distance, but he still routinely uses a wheelchair.

Through it all, Fasnacht has maintained his good humor, joking with a visitor that his family members have the choice either to help him "or get cut out of the will."

But for someone who was once an avid golfer, who prided himself on being a handyman and who enjoyed long walks with his buddies, the forced inactivity since his stroke has been tough.

Coming atop the physical problems, the unilateral neglect is an especially bitter blow, robbing him of his ability even to read a novel.

Picking up the morning paper, Fasnacht tries to read the following headline:

After some study, Fasnacht reads it as: "Drum out laundry"

It was by combining the experiences of such patients as Fasnacht that Behrmann and Plaut were able to develop their computer model for neglect last year and start teasing out hints about how the mind makes sense of imagery in general.

Further work on computer models may lead to new theories of how the brain works and exactly how stroke damage gums up the works.

"If we understand the mechanism for why this happens, we can begin to formulate therapies," Goldberg said. For now, some patients can be helped by use of special prism glasses that direct images from the left to the right side of their field of vision. Some can regain some ability to read by being taught to consciously move their sight to the left, sometimes to look for a red line drawn along the left side of a page.

But rehabilitation is often difficult, in part because some patients have trouble recognizing that the problem with what they see lies within themselves, not in the external world.

Breaking the Rules – a favorable approach to going for it and rules to bend now and then.

Power of Affirmations in a PDF Mind Map

Putting some focus upon your Insider’s Circle

Annual Report as an Infographic from The Pittsburgh Project

What is your favorite type of diagram? Is it the venn?

Please log in again. The login page will open in a new tab. After logging in you can close it and return to this page.